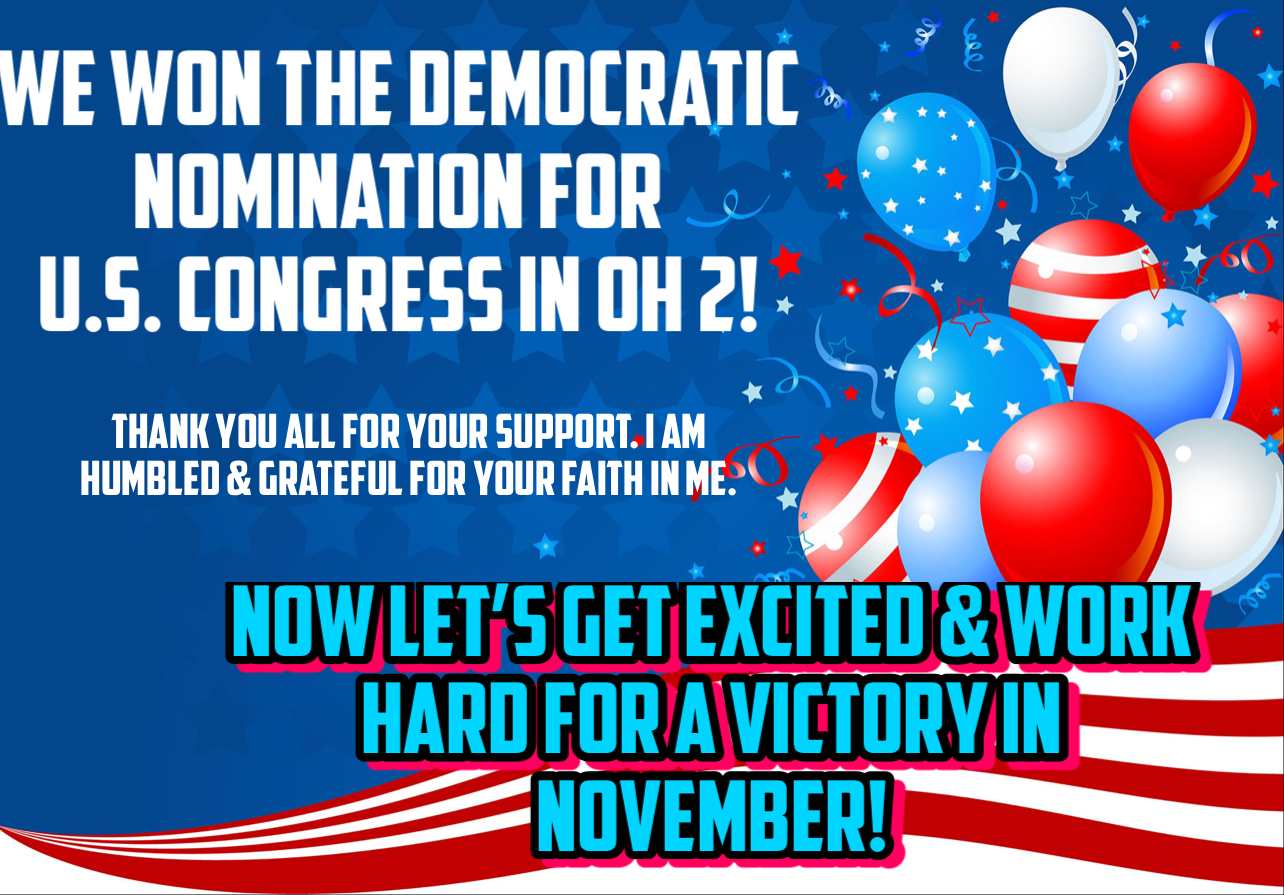 I am running for Congress because our country is at an inflection point. Bluster, bravado, conspiracy theories, and lies have been used by Republican members of Congress to create instability within the United States. Such propaganda has created polarization and divisiveness in our communities. The stage has been set for confrontations rather than conversations, anger over understanding, and violence.

This is not who we are, it must not be who we are.

Americans are strong people. We care about one another. We fight FOR one another, not AGAINST one another. It is time that we look to all fellow Americans as brothers and sisters. We all want the same things: respect, opportunity, equality, and the right to pursue our dreams.

As a former Advanced EMT-I, AmeriCorps member, VISTA (Volunteers in Service to American) Volunteer (non-paying), and most recently an End-of-Life Companion, I know the importance of serving others.  I have a Bachelor's Degree in Human Services, providing me with a deep understanding of the needs in our communities. I will always fight for policies that support and uplift America.

I AM COMMITTED TO THE PEOPLE OF SOUTHERN OHIO.

John Lewis Voting Rights Act, American Recovery Act, Bipartisan Infrastructure Bill, Build Back Better, George Floyd Justice in Policing Act of 2021, Honoring our PACT Act of 2021 (Benefits for Veterans who were exposed to chemicals from burn pits), did not vote on most recent Violence Against Women Act (voted against it in 2013), amongst others. Wenstrup's voting record was approximately 93% in line with former President Trump (according to FiveThirtyEight).

BRAD WENSTRUP COSPONSORED THE MISSION ACT WHICH LED TO THE RECOMMENDED CLOSURE OF THE CHILLICOTHE VAMC.HE JOINED THE TEXAS LAWSUIT ASKING THE SUPREME COURT TO BLOCK PENNSYLVANIA, GEORGIA, MICHIGAN, AND WISCONSIN FROM CASTING THEIR ELECTORAL VOTES FOR PRESIDENT-ELECT JOE BIDEN.  PROMOTING THE "BIG LIE" IS BENEATH A MEMBER OF CONGRESS. WE DESERVE BETTER.

*I am not related to THAT Meadows*

PAID FOR BY THE COMMITTEE TO ELECT SAMANTHA MEADOWS TO CONGRESS